MaryAnne Piccolo is a New York City based character actor.  She has appeared in film and television but, it is in contemporary musical theatre where she truly shines. She is a stand out amongst her peers not only because of her edgy look and rock n' roll vocals, but she has comedic chops to spare. Some of her credits include The U.S. 1st National Tour and U.K. premiere (Edinburgh Festival) of The Great American Trailer Park Musical, Saturday Night Fever The Musical (Royal Caribbean Cruise Line), Gary Goldfarb... (NYMF), and regional productions such as XANADU (Melpomene), and The Full Monty (Georgie). She has also had the pleasure of being in new musical workshops including "Fast Times: Sweet Valley High The Musical" (music by David Bryan of Bon Jovi/ Memphis), and "Voice of The City" (directed by Christopher D'Amboise with music direction by David Loud), and recently "Happy Hooker; a new musical" (music direction by Mike Garson David Bowie's music director).  MaryAnne recieved her B.A. in Theatre Performance with a minor in Musical Theatre from Marymount Manhattan College.  She also hold a M.S. in Educational Theatre from The City College of New York. She is a proud member of Actor's Equity Association (AEA).

Click on each logo to view individual production galleries 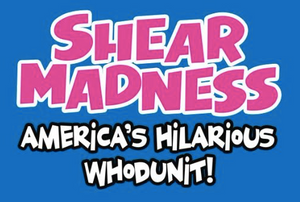